The Power Pop Movie is a forthcoming independent feature-length documentary.

“On the Road to Power Pop,” an essay on learnings from project’s many interviews will be featured in the Rare Bird Books anthology, Go All the Way: A Literary Appreciation of Power Pop.

Why a movie about power pop?

Virtually every power pop fan I’ve spoken with about the film: “It’s about time!”

The Power Pop Movie is a rock and roll love letter to music that is paradoxically infectious and little-known.

If I do my job well, current fans will tell the uninitiated “Watch this, and you’ll understand why I love power pop,” and they, too, will succumb to its charms.

What’s in the movie?

It’s a sight-and-sound-and-story experience, rather than a dusty history.

It tackles the question “what is power pop” and explores the genre from its origins to today, with several key bands seen in interviews and performance.

Topics include DIY and “one-man band” artists and the travails of making music that is, for the most part, underappreciated.

Can you really tell the whole story of power pop in a single film?

Not every worthy band nor important event and music scene can be featured. The movie seeks to bottle some of the essence of power pop and introduce the viewer to a sampling of quintessential power pop artists.

It’s intended to be an entertaining, resonant, and informative part of one’s appreciation for the genre, but it is not a replacement for the books, fanzines, and blogs that tell the story of power pop in greater depth than one feature film could.

When will it be released?

Where can I see it?

It will initially be submitted to film festivals, potentially to be followed by “art house” and other small-theater screenings. Then, DVD release, streaming/downloads, and possibly cable TV.

Will there be a soundtrack album?

Probably, but details are TBD.

What bands will be in the movie? Will you listen to my band/my favorite band?

I’m in discussions with many power pop artists and am soliciting additional music suggestions.

With dozens of interviews conducted so far, and many more in the works, I won’t know the full list of bands to be included until the final edit is done.

Why are you doing so many interviews for The Power Pop Movie? How long is this movie going to be, anyway?

I’m trying to capture as many of the most-relevant testimonies as I reasonably can, while focus is now primarily on postproduction (editing material from the numerous interviews to date).

The interviews with power pop artists and supporters are truly amazing. A lot of heart AND a lot of brains in this little realm. People who are a pleasure to listen to as they, if I may borrow from REM, talk about the passion.

Somehow I’ll slice and dice this remarkable stuff (along with ample archival footage, stills, and music music music) for a 90-minute or so version.

Via online and DVD extras, I’ll make available a lot of prime additional material from people you see in the film and from people I’m unable to fit into the film.

Will it define power pop the right way?

What is/isn’t power pop is a hotly contested issue. To an extent, the film will “teach the controversy,” shedding light on the debate about where power pop begins and ends, but ultimately no one single definition or list of artists will suit every fan’s viewpoint.

The movie will focus on artists that most power pop fans would agree are within the genre.

I’m a filmmaker based in Boston, MA, making independent films of all kinds at Castparty Productions. My most recent feature included an all power pop song score. In the 1970s, I worked at record stores and wore the grooves out of the likes of #1 Record, 20/20, The Beat, Black Vinyl Shoes, In Color, Emitt Rhodes, Straight Up, and The Toms.

Will there be crowdfunding?

Yes. This is a microbudget, primarily self-funded project. Crowdfunding can help defray expenses such as travel and equipment.

How can I help?

Suggestions of music to consider are most welcome.

Also, please get in touch if: 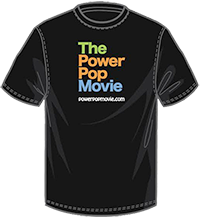 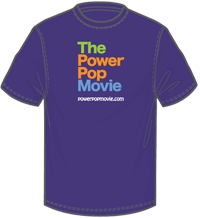 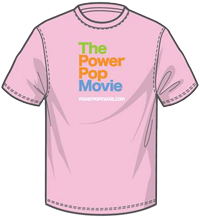 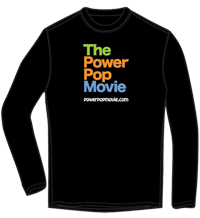